An exhibition space presenting works by contemporary artists for a colony of European fire ants. The space is a glass cube measuring 25 x 15 x 15 cm located between the colony and a feeding area. It can be visited by the ants 24/7. Humans are invited to experience the documentation available on this site. For further information please contact David Stjernholm at info@formic.dk 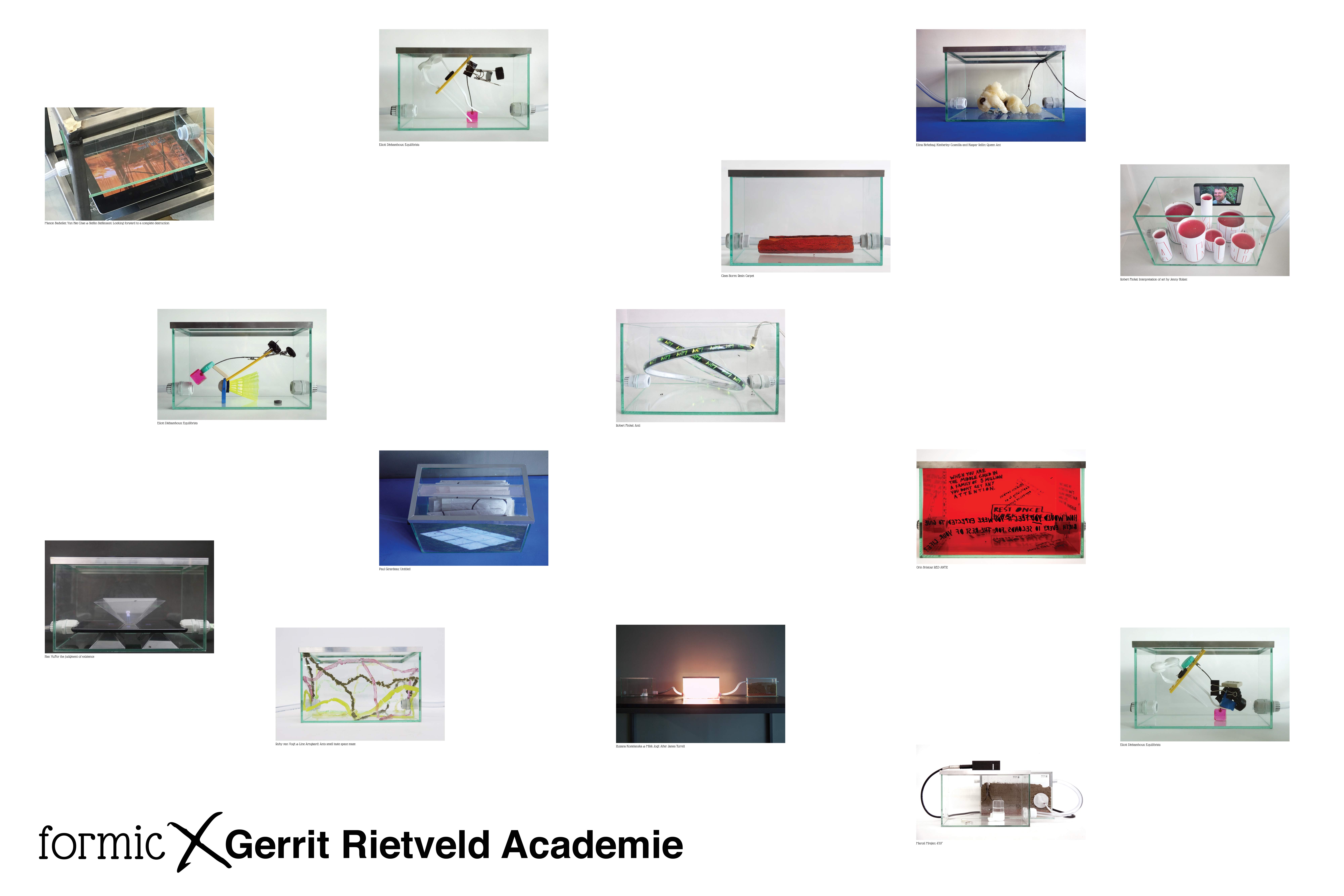 Between October 13 – November 2 , each other day a new project will be presented at formic.dk and at facebook, where extra material will be available. 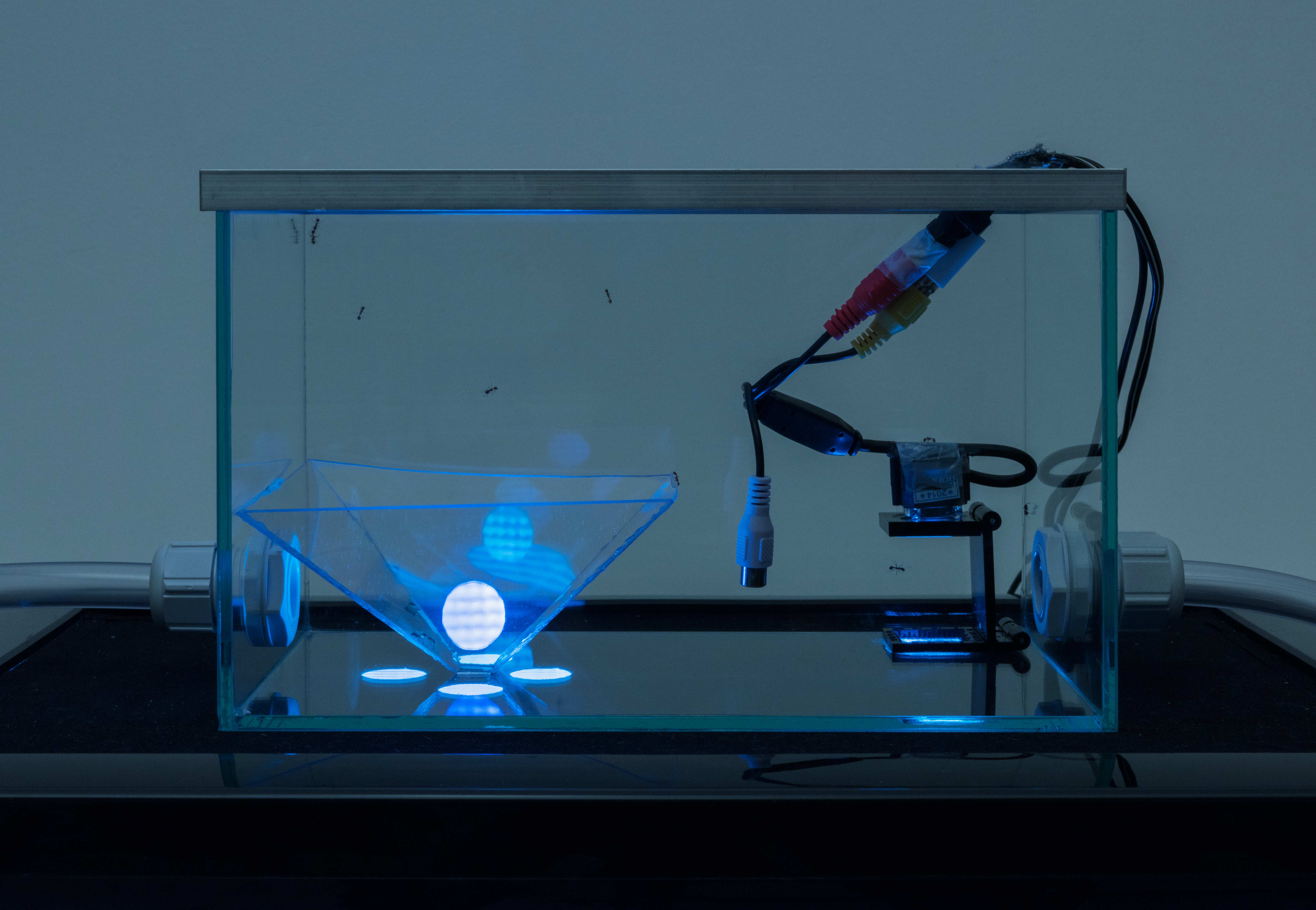 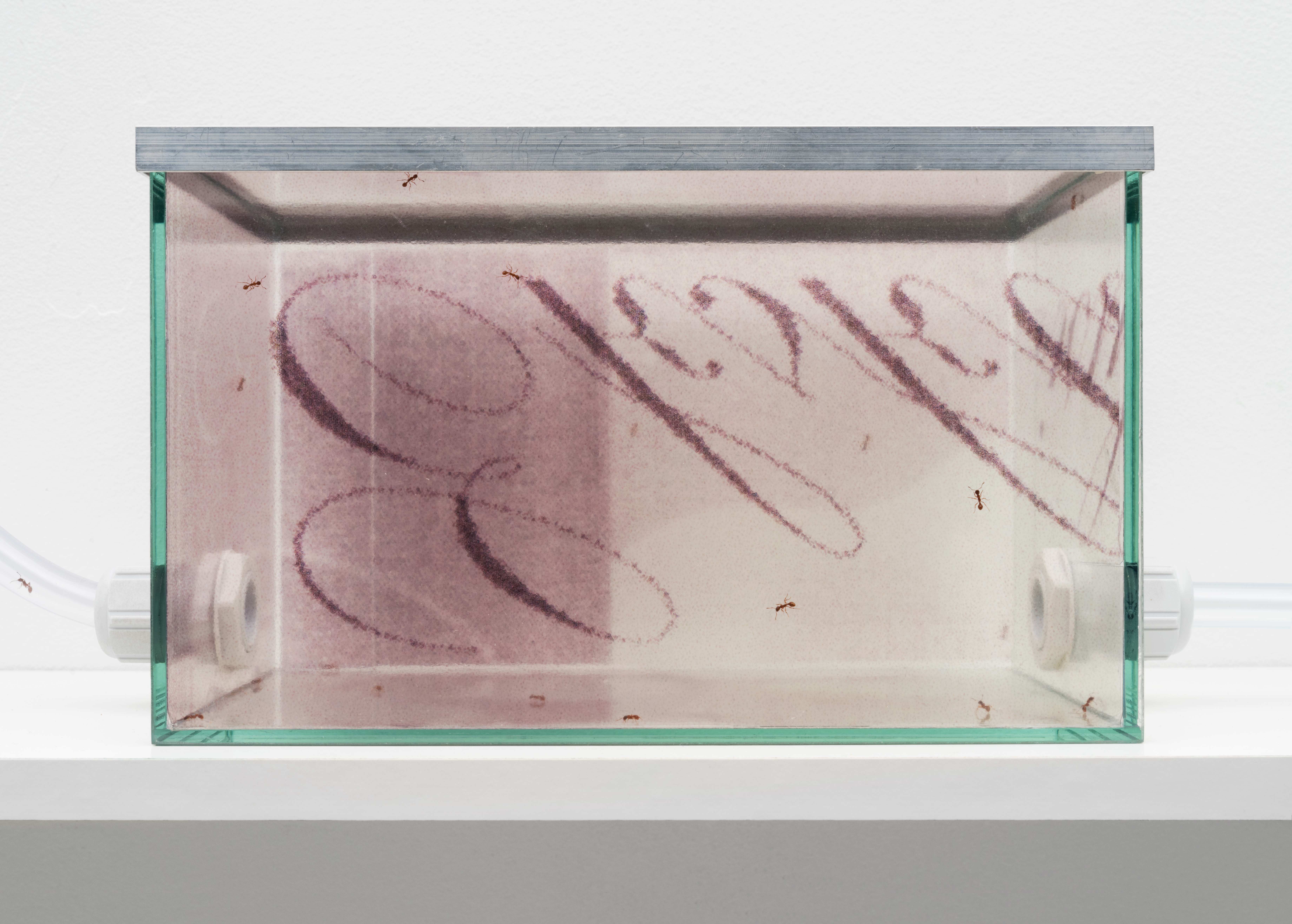 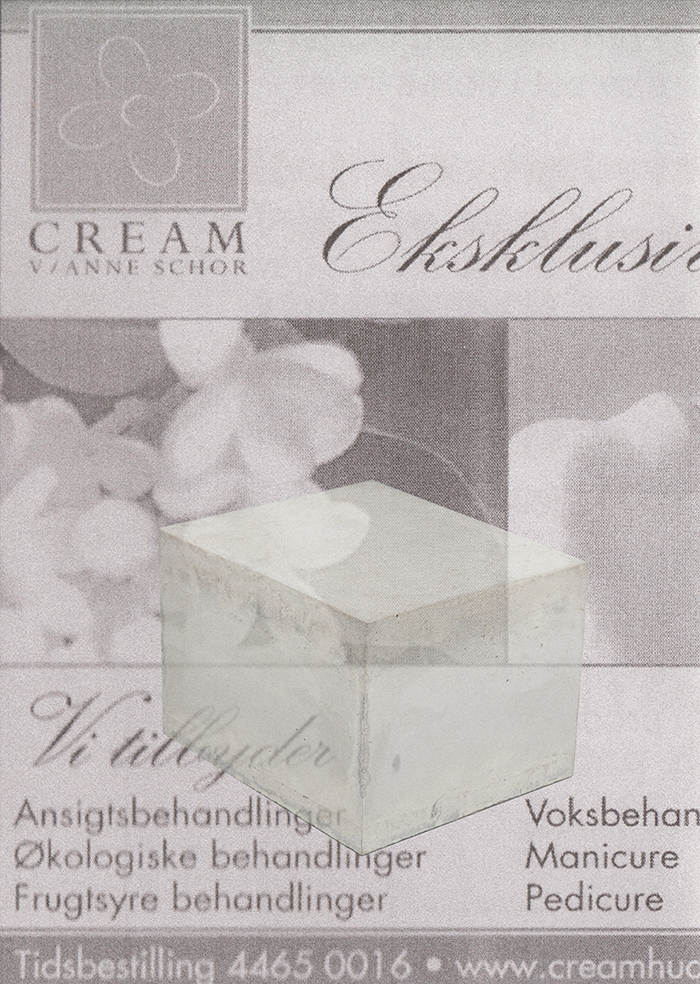 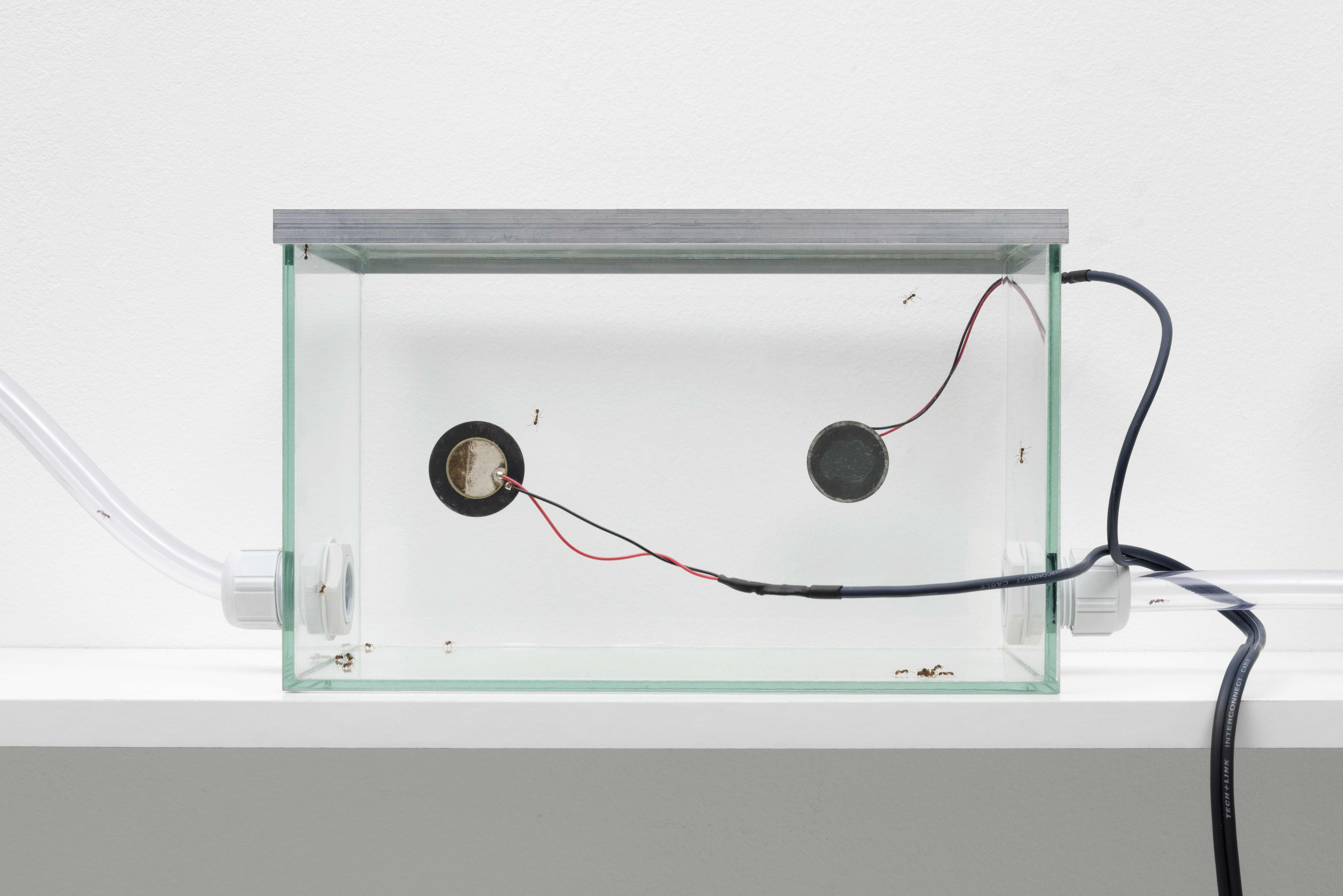 Trauma 1 – 11: Stories about the Copenhagen Free University and the surrounding society in the last ten years, 2011

Copenhagen Free University existed between 2001 and 2007 in the private apartment of artists Henriette Heise and Jakob Jakobsen, on top of their dirty dishes and family life in Nørrebro. I missed the Free University in Copenhagen, and perhaps you did too? I mean, I knew it was there. I think I had some hazy idea about it – it made me proud to think that such a thing existed, such people, such thoughts and actions taking place, in the very city I lived in. It never occurred to me that I could have shown up and attended. But even if I never dreamt that the Free University could have been for me, because no school really ever was, the Free University seemed like it was for me, too.

If there ever was  a time to think about access and non-access, translations and projecting yourself into times and spaces, escape ways and standing tall dreaming, now seems like a good time. 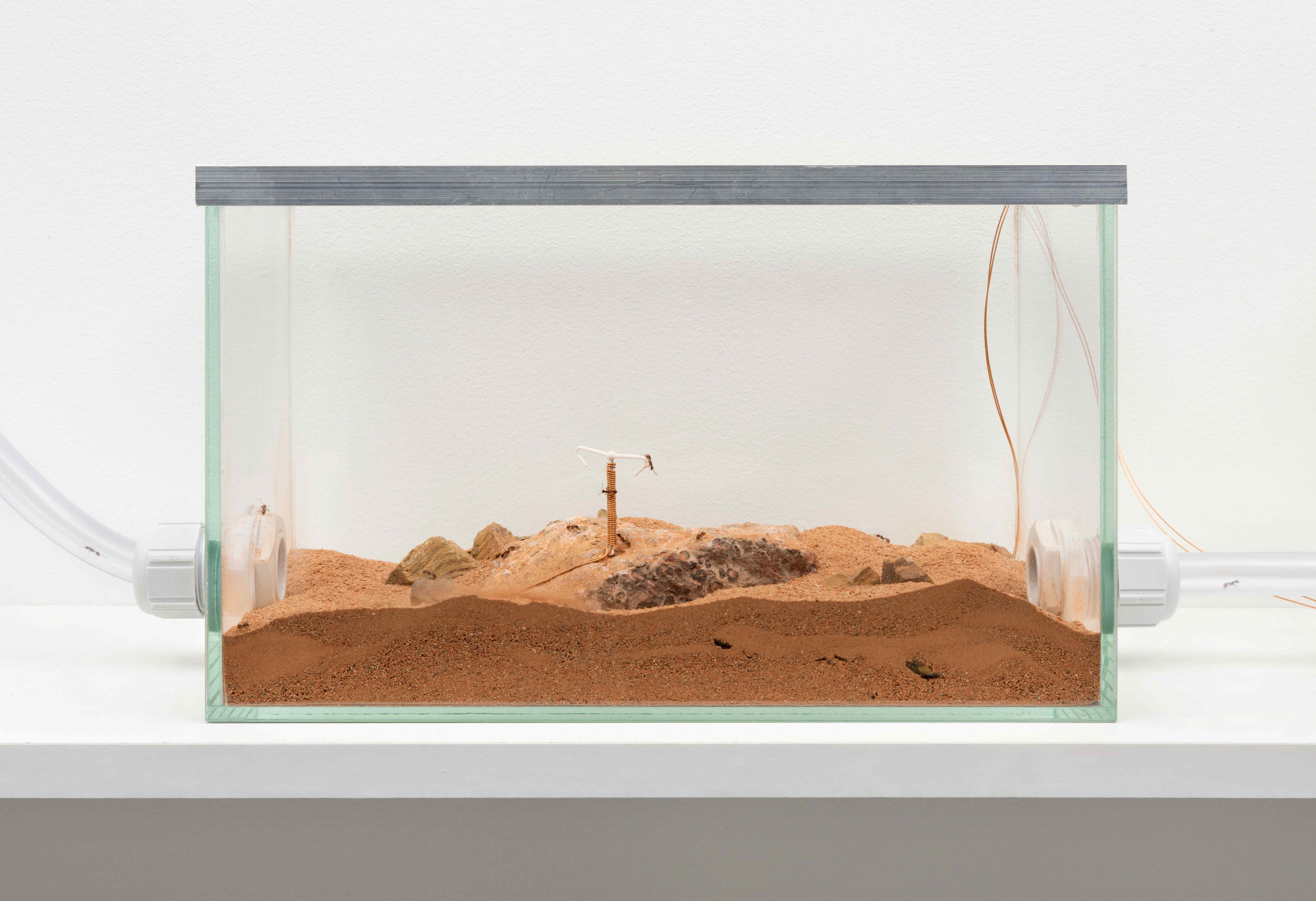 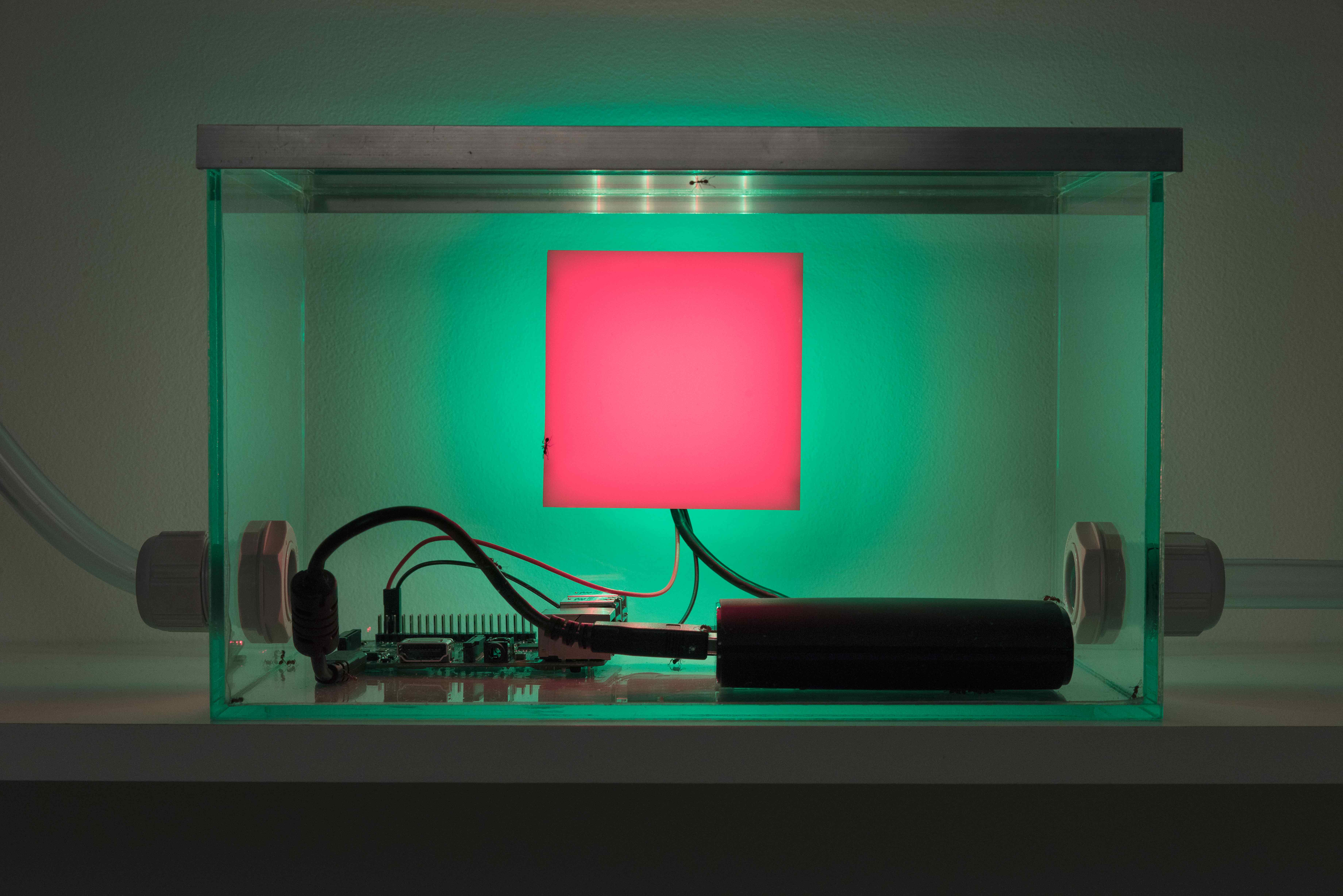 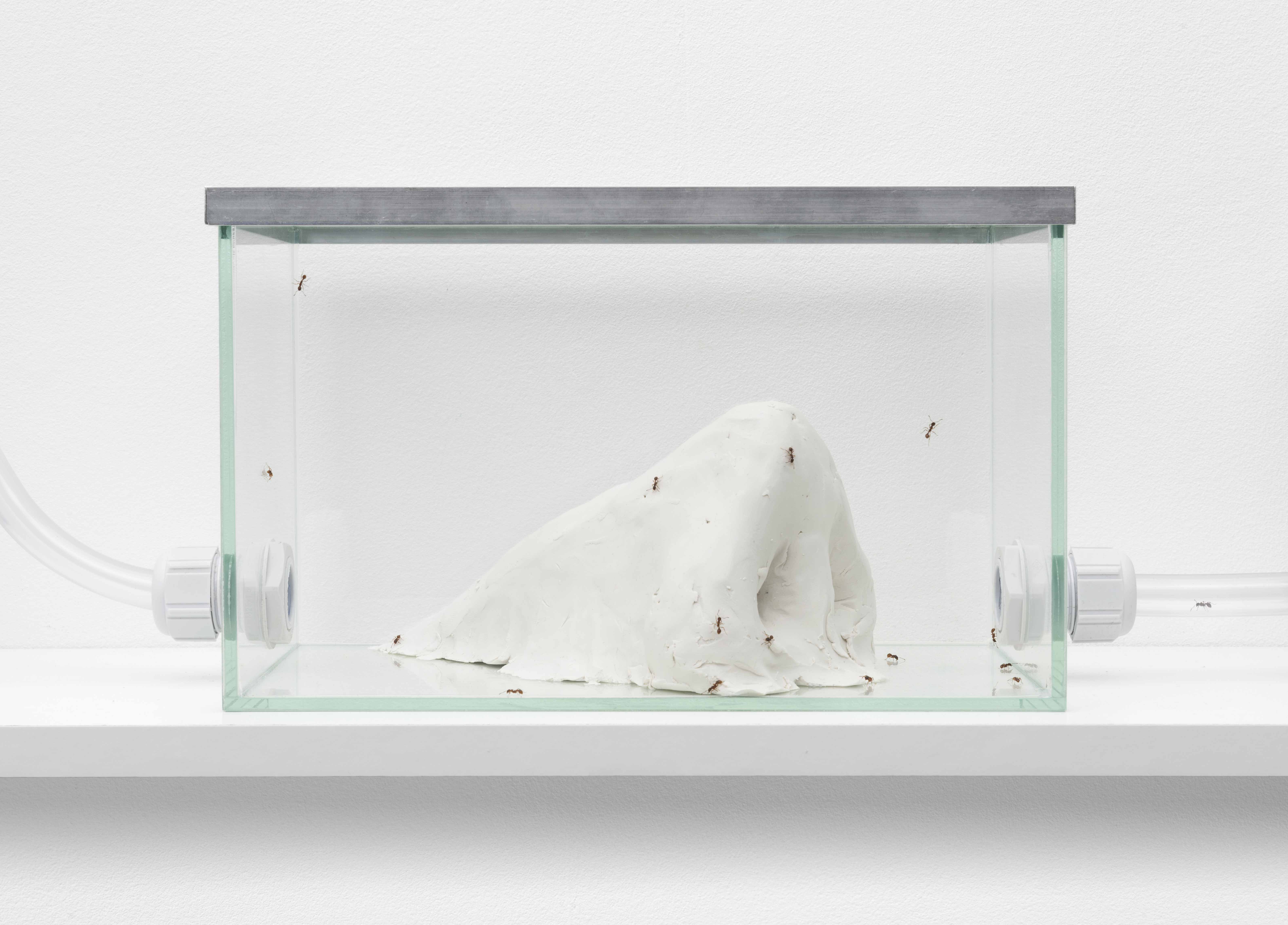 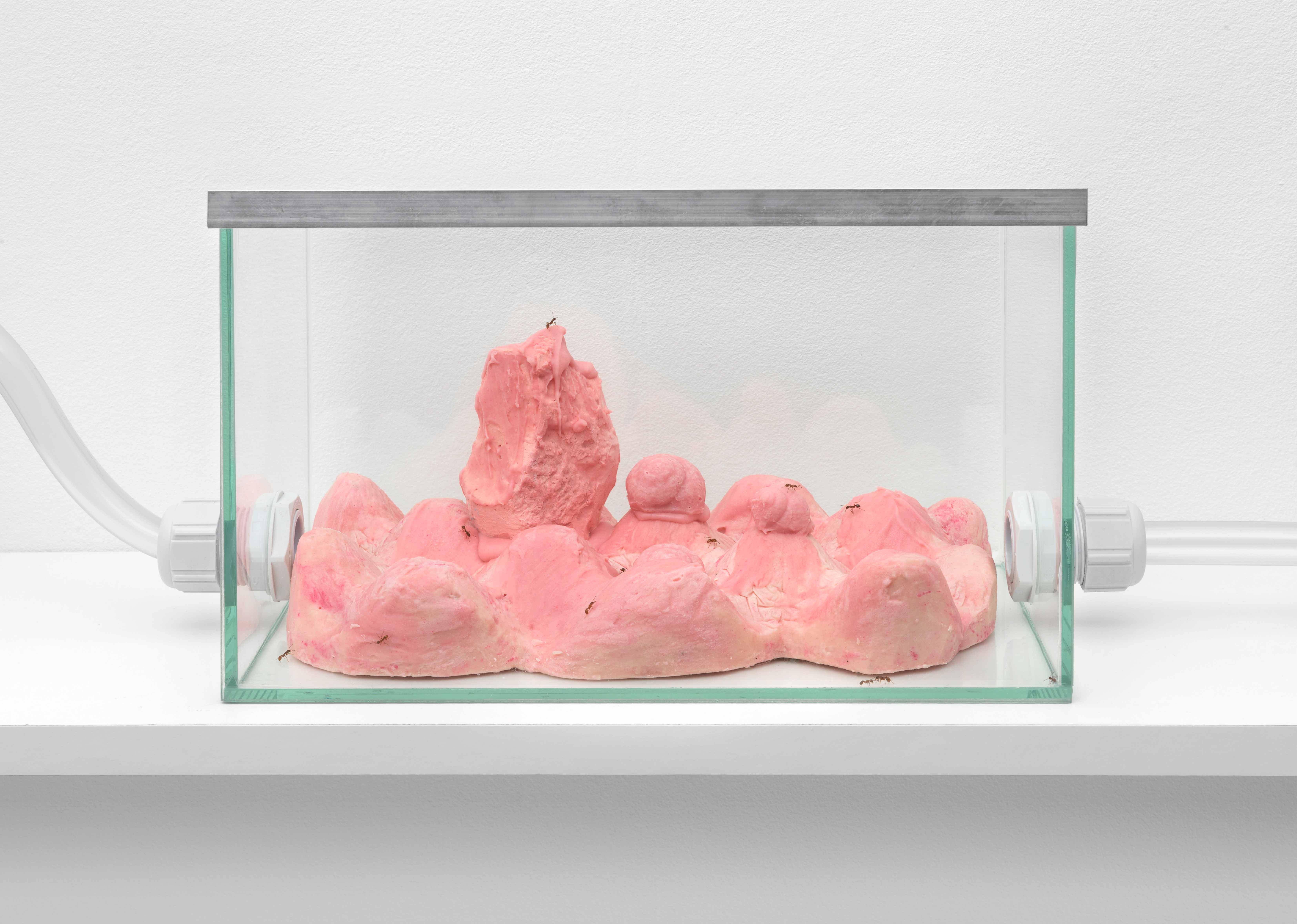 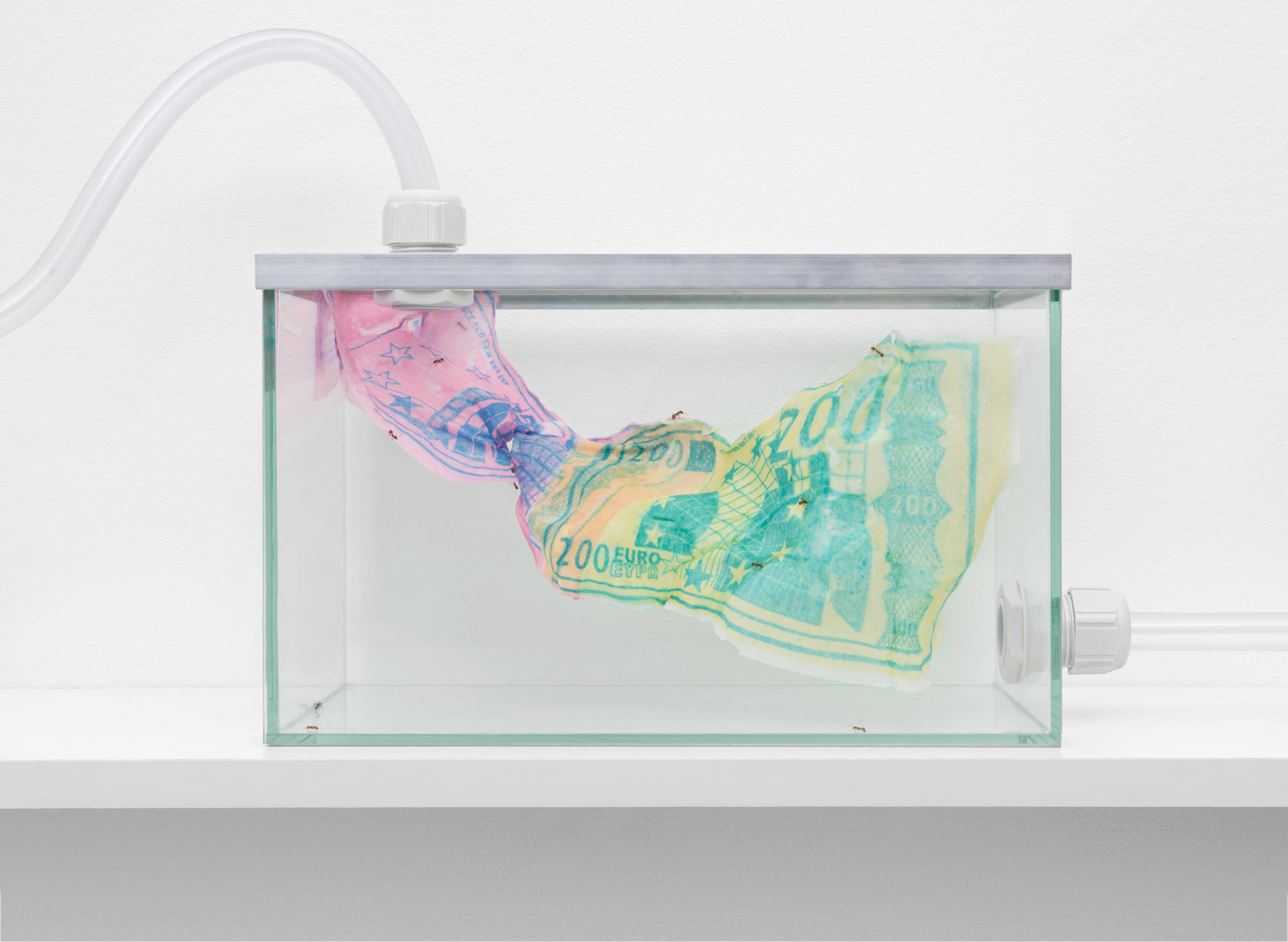 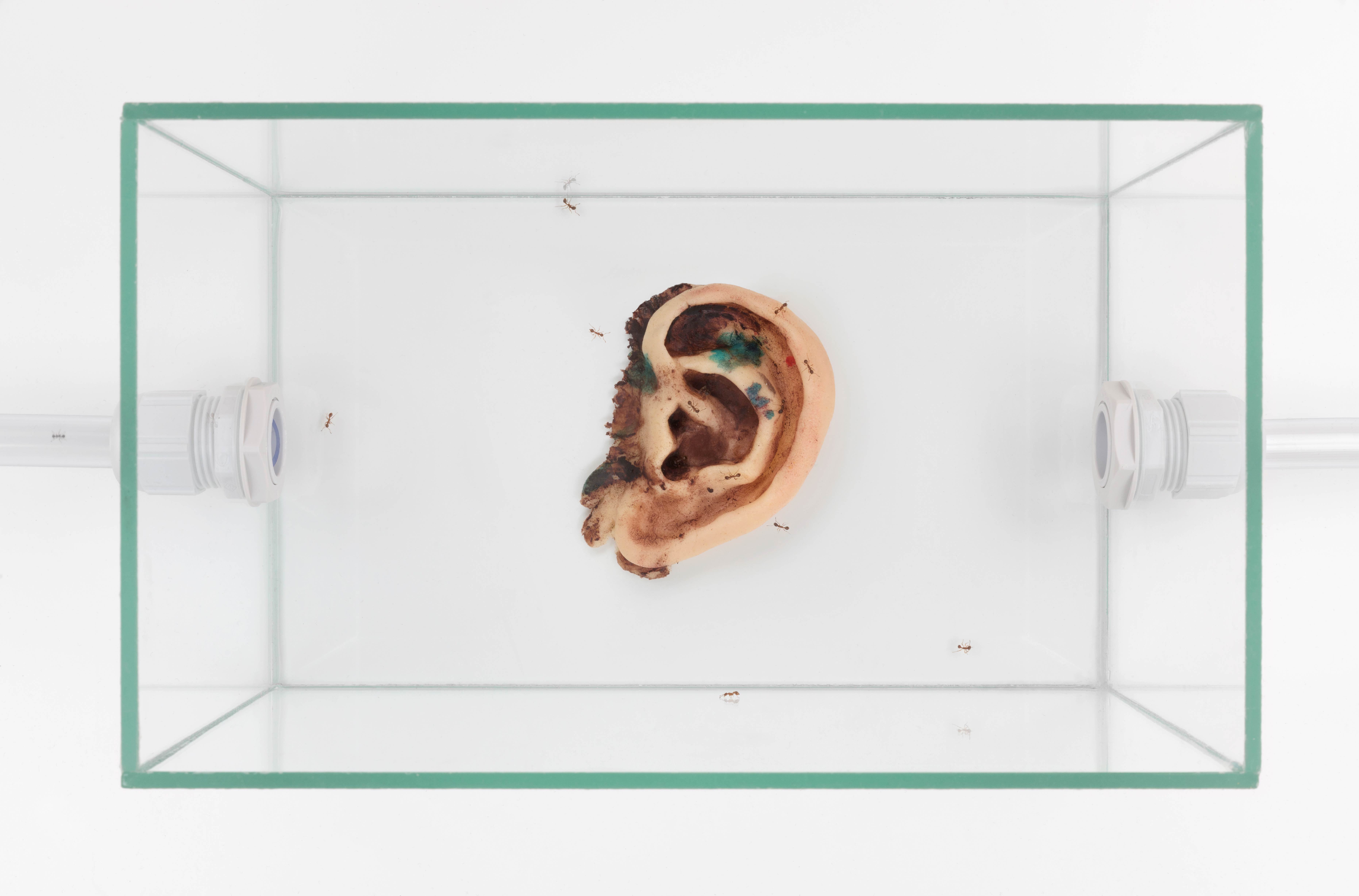 The law of retaliation or “an-eye-for-an-eye” principle 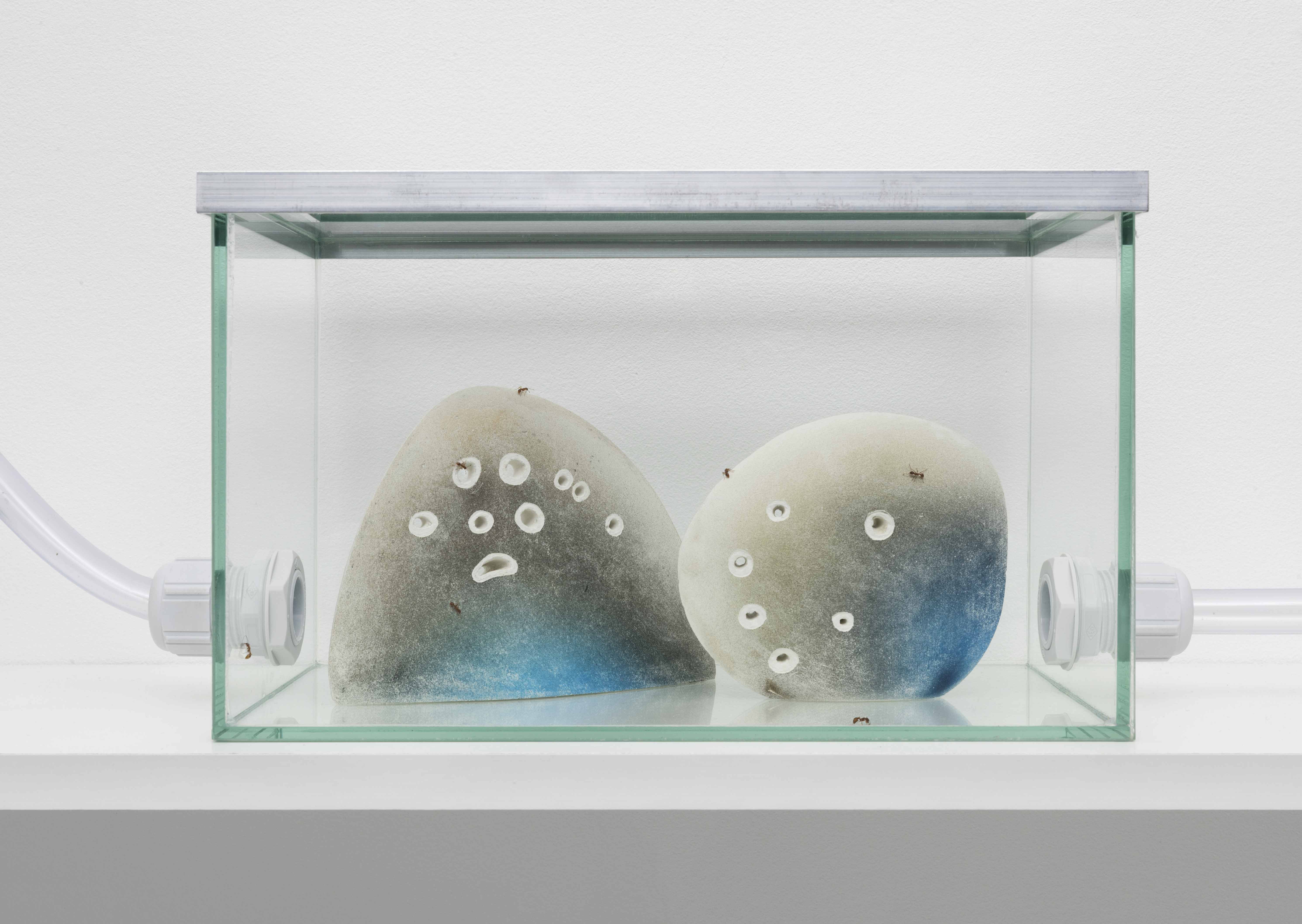 The ants are most likely completely unaware of the likeliness between the two objects inhabiting Formic and the wings of the butterfly Alcon Blue (Phengaris Alcon). The Alcon Blue is the secret enemy of the ant species inhabiting Formic (Myrmica Rubra). In nature the larvae of Alcon Blue tricks the ants to believe they are larvae of their own colony, and are thus adopted and fed for a whole year, till they finally unfold their wings and escape the colony – a method known as the “Cuckoo strategy”. This parasitic relationship has severe consequences for the ant colony, as their own larvae is underfed in favour of the much bigger butterfly larvae. In Formic however, the threat of wasted labour, and extinction of the colony have been reduced to mere representation of the Alcon Blue; a static set of wings, with their “eyes” poked out. 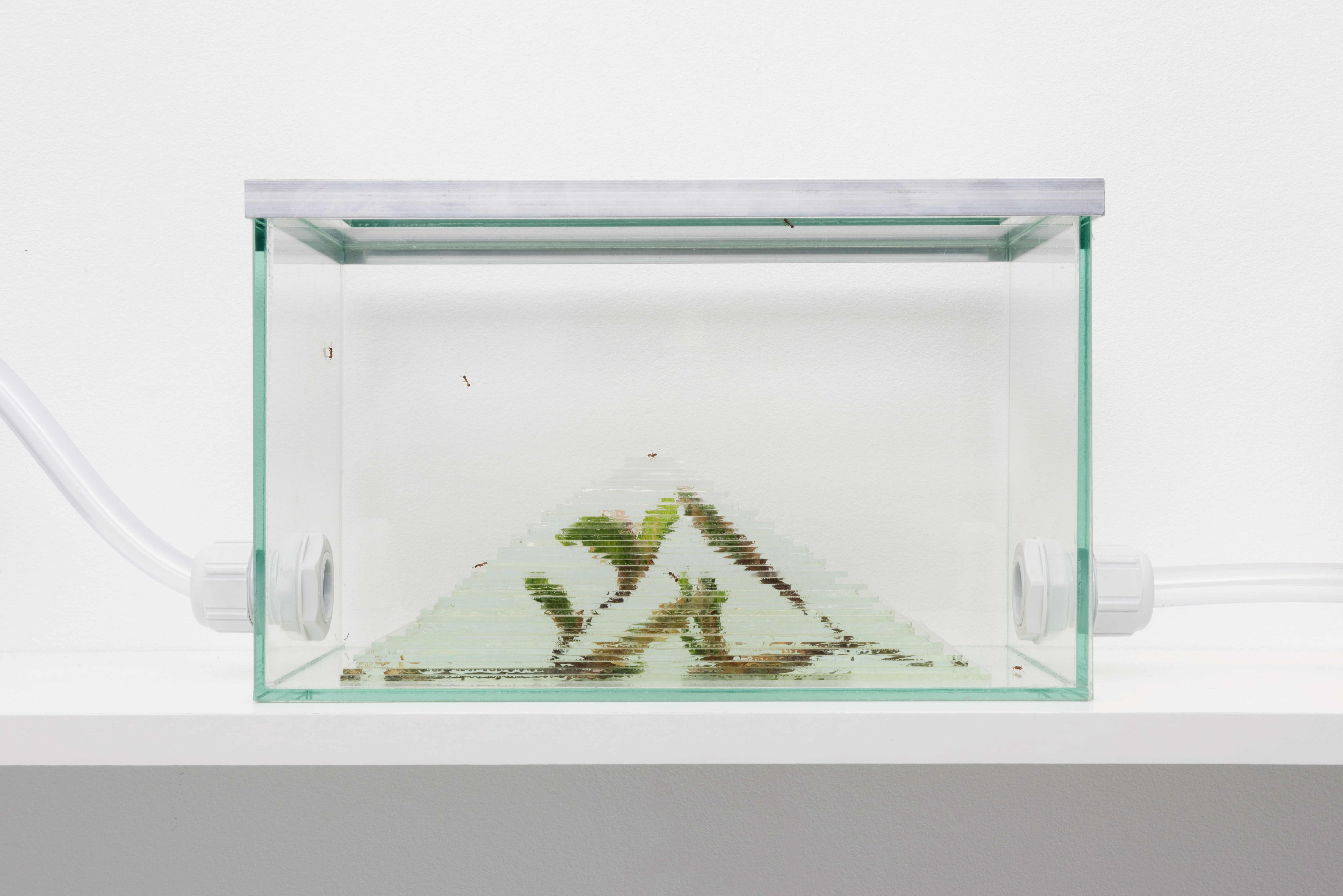 Ascending Formation of Geological and Biological Matter (after Myrmica Rubra)